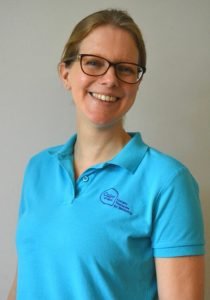 A healing modality that works with the seven main chakras of the body. The aim of Reiki is to balance the body’s energy by helping to remove energy blocks. This helps strengthen the aura – the protective energy field around a person.

A healing modality that works with the seven main chakras of the body. The aim of Reiki is to balance the body’s energy by helping to remove energy blocks.  This helps strengthen the aura – the protective energy field around a person.

How is Reiki done?

The client lies fully clothed on the massage table.  The therapist places their hands under the client’s head, over their ears, over their eyes, on their shoulders, ribs, stomach, hips, knees and ankles.  The therapist also ‘hovers’ their hands above the chest.  Therapists may carry out full body scans – hovering a hand over each part of the body.  Each hand position is maintained for around 2 to 5 minutes.

While it may look as if the therapist is doing ‘nothing’, they are actually holding the positions, visualising energy flowing and maintaining focused concentration on their client the whole time.  This is what helps to create the incredible calm and relaxed state for the client.

Reiki healing can also be performed at a distance – with the client and practitioner in completely different physical locations.

What are the benefits of Reiki?

Reiki can be an incredibly relaxing treatment for the client, bringing both a deep sense of calm, and also a clarity of thought/feeling. Moving energy blocks can result in a feeling of lightness and joy. Conversely, it can also help the client to feel and express other ‘stuck’ emotions such as sadness, anger, fear and grief. Leaning into these emotions, allowing them and feeling them, is the way they are released. Once emotions are released and energy is once again flowing in a balanced way around the body, this can result in better sleep, feeling more energetic, regaining a lost zest for life. Physical symptoms may also be eased. Reiki energy will go where it’s most needed, will heal on different levels and in whatever order is necessary for the highest and greatest good. In this way the results of the treatment may surprise the individual receiving it!

What’s the evidence/basis for Reiki treatment?

As with all ‘alternative’ treatments, many of the benefits are considered circumstantial, placebo (which, given that this can be 70+% of a  treatment, I’m ALL for.  In my opinion the power of the mind is not to be underestimated in either the appearance or treatment of all illness) or hearsay/folklore – essentially not tested through a large double blind experiment with repeatable results.
But this doesn’t mean the treatment doesn’t work….

Until very recently those in the west treating gut health with the view that it was responsible for many of the autoimmune, heart and skin conditions people were suffering from were considered alternative.  But since the discovery of the gut microbiome this is now a pioneering cutting edge of medicine.  Funny how this ‘new’ knowledge tallies so closely with the centuries old Chinese medicinal model….

Throughout history science has a way of catching up to ‘prove’ what was always traditionally ‘known’.  We may not yet be at the scientifically rigorous proving stage with Reiki, but it hasn’t totally escaped scientific investigation.

For a discussion of the ‘biofield’ (aura), quantum physics and a pulling together of many studies, I recommend this post .

This is the final paragraph of the document, calling for more research, and explaining why understanding the biofield could be so useful for human wellbeing (and incidentally helping to explain how alternative therapies like Reiki might work)

“…what makes biofield research so fascinating is its immediate impact on human beings. We are living entities imbedded in the fields described by classical and quantum physics. Nature’s forces invisibly affect us every day, and science has long searched for a bridge between the quantum and classical world. If these worlds turn out to be united in a very practical way through the phenomenon of life itself, the biofield will be far more than theoretical. It will redefine what human life constitutes, where we belong in the panoply of life on the planet, and ultimately how we should live in a wider, even cosmic, context.”

I’d also recommend this piece for a far shorter overview.

So what do you think?

The great thing about Reiki is that it doesn’t require anyone (client or practitioner!) to believe in it for it to work.

It is as suitable for people who follow a religious practice as for the atheists, because it is entirely unrelated to any religion or belief in any god.

You are alive.  That requires a consciousness and an energy.  Reiki works with these to help improve your lived experience – be that through acceptance, emotional release or physical improvements.